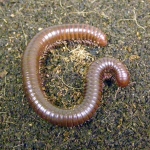 Burrowing Technique
Orthoporus ornatus burrows primarily by excavation, physically removing sediment particles and transporting them to the surface. The millipede uses its mandibles and the legs on the first three body segments to pluck sediment grains from the burrow walls. It then uses its walking legs on the posterior segments to transport the individual grains and particles along the length of the body and deposits them on the sediment surface. This technique allows O. ornatus to burrow into very dense, clay-rich soil. 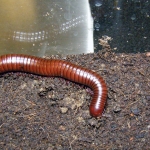 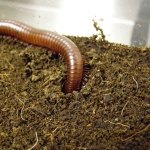 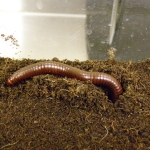 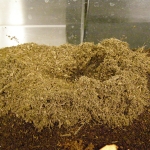 Burrowing Behavior
Orthoporus ornatus begins to burrow within 1-3 hours of placement in experimental enclosures. Prior to burrowing, the millipede move around the perimeter of the terrarium. Specimens are able to burrow completely below the surface within 15-45 minutes. While there is no consistent placement of the burrows within the enclosure, more than 80% are constructed away from the terrarium walls. Burrows are produced during detritus feeding as well as for temporary shelters to permanent dwellings. When occupied for long durations (days to months), chambers were constructed at the end of the burrow. Many of the chambers were sealed off from the surface by backfilling the shaft or tunnel just above the chamber entrance. Fecal pellets are deposited both on the surface and within shallow, subhorizontal burrows occupied for short periods. Fecal pellets are not deposited in burrows with chambers.

Trace Morphology
Orthoporus ornatus produces five distinct burrow architectures: vertical shafts, subvertical ramps, J-, U-, and Y-shaped burrows; examples of each are shown below. Each photo is linked to an information page about the specific burrow architecture shown. 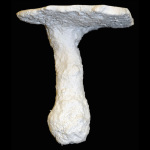 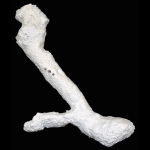 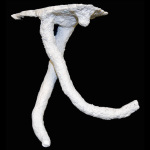 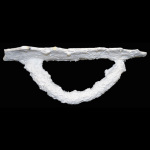 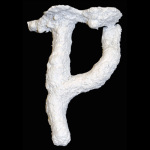 Click here for the complete photographic archive of all burrows produced by O ornatus.