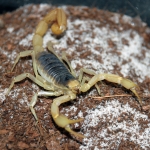 Burrowing Technique
Hadrurus arizonensis burrows by direct excavation using the first three walking legs to both kick and drag sediment particles to the surface. The scorpion initiates burrowing by kicking loose sediment behind its body with the first two pairs of walking legs. These legs are moved rapidly, with enough force to move sand-sized grains 5-15 cm. As the scorpion begins to form a shallow depression, the third pair of walking legs is also used to excavate sediment in a similar manner. The pedipalps have not been observed to be used to excavate or manipulate sediment, regardless of location of burrow within experimental enclosure. When encountering large particles, the scorpion gathers them below its body and then drags the pile of course-grained sediment out of the excavation area. This method is used more frequently with increasing depth of the burrow.

Burrowing Behavior
Specimens of H. arizonensis begin burrow construction within 24-48 hours of placement into experimental enclosures. Before burrowing, the scorpions explore their enclosure, moving systematically throughout the entire terrarium. After burrowing begins in most experiments, 1-3 burrows are started but abandoned soon after excavation commences, typically within 12-24 hours. These burrows form 1-4 cm deep pits. After construction of the final burrow begins, it typically only takes 4-6 hours for the burrow to be completed. There is no consistent placement of burrow openings within experimental enclosures. Simple burrows are produced in all observed sediment types, whereas more complex burrows are produced in sediments with moderate to high clay content and sediment density. The burrows serve as temporary shelters and permanent dwellings. The burrow openings are used as prey ambush sites; more complex burrows are used to trap prey below the surface.

Trace Morphology
Hadrurus arizonensis produced four distinct burrow morphologies as well as cross lamination of loose sediment during burrow excavation; examples of each are shown below. Each photo is linked to an information page about the specific burrow architecture shown. 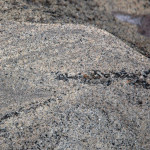 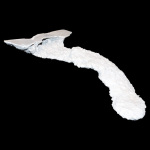 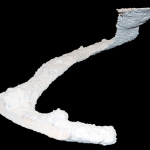 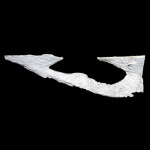 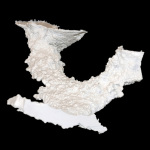 Click here for the complete photographic archive of all burrows produced by H. arizonensis.