For full details see Bowen and Hembree (2014) in Palaeontologia Electronica. 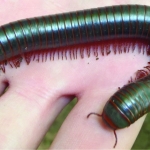 Burrowing Technique
In non-sandy sediments, N. americanus burrows using a compaction technique, ramming its head into the sediment to a length of 3-4 body segments and then pushing the sediment upward, pressing it into the ceiling of the burrow. In sandy sediment the burrow is initiated through excavation; the millipede uses its mandibles to pick up sediment grains and then passes them along each body segment using its legs and moves the grains to the surface. Once the millipede is 3-4 cm below the surface, it switches to a compaction technique. Compressive linings are present around the burrows and are most apparent in clay-rich sediment. 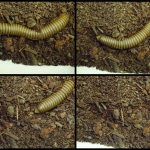 Burrowing Behavior
Narceus americanus begin burrowing within 15 minutes of being placed in the terraria. Burrowing completely below the surface takes from 5-60 minutes. Burrows are used as temporary shelters to permanent dwellings. Some burrows are either not completed or abandoned before being occupied for any significant period of time. Burrows occupied for longer intervals are up to 26 cm deep. Molting occurs in chambers 10 cm below the surface. After a burrow is completed, N. americanus spends most of its time below the surface, returning to the surface only to feed. Most of this activity occurs during dark hours. 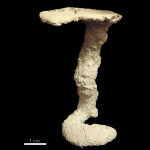 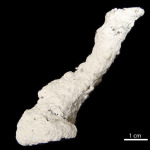 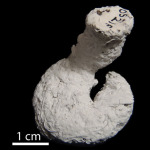 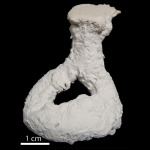 Click here for the complete photographic archive of all burrows produced by N. americanus.